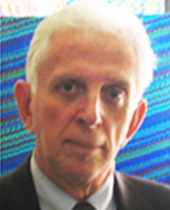 Sergio Barlati has left us for ten months. He went away in silence, with high dignity, with full acceptance, even ironic of the last health problem that had affected him in the last six months. Sorry for this delay, but I was not ready to write these few lines in his memory. Age-related adverse events that occurred before retiring made it difficult his path, and ours too.

In my case, it was he who opened the doors of science to me, first in the international scientific community and then in the national one. He is the one who offered me the opportunity to go around the world for international courses and conferences, then to meet and be able to easily compare with some big names of the moment in some scientific fields. For me, Sergio Barlati was Master of scientific method, methodological rigour; Master always careful to rapidly develop the most advanced technologies of the moment for a more effective development of basic research; Demanding and eclectic teacher in his innumerable cultural interests developed over time (bacterial genetics – RSV and cell transformation – somatic hybridization- PA, FN and ECM – human genetics – neurobiology – mechanisms of regulation of gene expression – genomics – bioinformatics …… Talking glasses). In recent years his curiosity had evolved in an artistic sense.

By connecting with the website: http://www.istitutoveneto.it/flex/cm/pages/ServeBLOB.php/L/IT/IDPagina/66 you can listen to what was his last conference held in Venice on December 3, 2013, on the occasion of an event organized by Prof Antonio Danieli at the Veneto Institute of Letters and Arts Sciences.

Attached in pdf is his latest text written during the last period, text that his son Stefano has printed to give him some last job satisfaction in the last months of life.

After the Pavia and American, French and Finnish periods, Sergio Barlati started working in Brescia in the 1980s and his activity led to the foundation of the School of Biology and Genetics. Contributing to building this school was challenging, tiring, sometimes problematic, but always exciting for me. I was not alone in working for this school, there was Marina Colombi, and over time, in addition to younger colleagues, Giuseppe Borsani and Massimo Gennarelli were added. Over time, for Sergio Barlati, his School of Biology and Genetics in Brescia had become a reason for living. Over time in Brescia he founded the PhD in Molecular Genetics Applied to Medical Sciences, the School of Specialization in Medical Genetics, the Study and Research Center of Genetic Diseases, the accredited Cytogenetics and Molecular Genetics Laboratory; he has held numerous institutional positions, Director of the Department for many years, President of the Study Program in Laboratory Techniques, Delegate of the Rector for International Affairs, Member of the Board of Directors and the Academic Senate. At a national level, he helped found the CIB (Interuniversity Biotechnology Consortium), the AIBG, our Italian Association of Biology and Genetics of which he was Secretary and President for many years. At different points in his career, he has contributed to the scientific activity of the ABCD, SIC and SIGU. In the summer, just after his disappearance, in addition to all your certificates of esteem and affection, I received certificates of recognition of his intellectual honesty from colleagues from the University of Brescia who perhaps had not shared his vision of University. I also received certificates of gratitude from Italian colleagues of whom he had been a scientific sponsor in the Academy over time, appreciation for a rigorous scientist from non-academic colleagues who attended at national and international conferences; fond memories from his colleagues at the CNR of Pavia.

Thanks to Sergio Barlati for being able to share a journey in science, first in Pavia and Helsinki, then in Brescia.

Thanks to all of you for the next journey that must continue.

It was the spring of 1990 when, as soon as I graduated and landed at the University of Brescia, for the first time, I followed a master’s lecture given by Prof. Barlati to future doctors. I had never heard of the DNA molecule in such an engaging way.

He had a passionate, eclectic and cultured personality, capable of grasping the scientific innovations of the time and of transmitting them with the fervent enthusiasm experienced in the world of research from a young age. Profound connoisseur of biological molecules,  his ability to show and interpret them in the living matter was impressive, so as to give the visual perception of how they functioned and interacted with each other. He knew how to tell biological life by providing interlocutors with a magnifying glass on the human being, enough to induce them to make an “experimental” journey in his cells.

These educational experiences, together with a daily sharing with him of the research, enriched by lively, tireless, sometimes demanding discussions about the scientific problems faced, have made him a skilled scholar in motivating young people, giving them the tools to love knowledge and scientific research. A demanding man and scientist, rigorous, but clear in his judgments, he sought continuous confrontation in the name of profound intellectual honesty. He was a tireless supporter of young people and their intellectual potential, and he knew how to create the conditions for them to express themselves and engage in the scientific debate.

Over time the pride remains for having learned from him to cultivate his passion for research and for the art of teaching science to the new generations. These objectives have animated his life and have significantly contributed to the birth and growth of the University of Brescia, to the point that he deserved the title of Professor Emeritus.

I lost with him a scientist, a teacher, a man of exceptional and strong personality. The numerous activities, the scientific and educational works he left behind, give the measure of his skills as a teacher and a scholar, harmoniously merged in his personality and, his figure is complete only if not examined on a scientific level only.

The mourning and mourning not only of the family members, the students but also of all those who had been lucky enough to approach him, are a valid testimony of his extraordinary qualities.

I worked directly with Prof. Sergio Barlati, Prof., as we have always called him among us, from 1999 until the day he retired in 2011. Twelve years in which he “raised” me as a scientist and also as a man. He made me understand that the main qualities of a good researcher are curiosity and doubt; the ability to question the most popular theories by following their intuitions, even going against the current.

Prof. Barlati has been scientifically creative in all the fields of knowledge he is interested in (a maxim by Albert Einstein describes his way of thinking very well: “Imagination is more important than knowledge. For knowledge is limited to all we now know and understand, while imagination embraces the entire world, and all there ever will be to know and understand”) by combining creativity and imagination with a rigorous working method. There have been innumerable times when one of his particularly “strange” ideas or intuitions turned out to be real and a harbinger of relevant publications. I often found myself thinking: “he’s right again!”.

Among the many, one important teaching that Prof. Barlati left me was precisely that of not following already beaten but more comfortable paths, but of always doubting my beliefs to deepen my research as much as possible.

In the days following his disappearance, an exchange of opinions between the serious and the joking that we had during an air journey that took place under a storm came to mind. The atmosphere had led us to talk about what was after death, and he wanted to convince me, as an unrepentant atheist,  of the false religious beliefs about life after death.

I hope he was wrong on this side, because I like to imagine him discussing how the universe works (as he did and wrote in the last period of his life) with whom the universe, perhaps, has generated indeed.

Thanks for everything Prof.

My life crossed that of Prof. one day in the summer of 2003 when as a student close to the doctoral thesis I came to Brescia to discuss with him the possibility of a post-doc position in his research group. I found myself in front of an extremely charismatic person, who welcomed me with enthusiasm into his research team and with whom I immediately got in tune.

Since then, we have been working side by side until the day he retired. We often clashed on scientific (or not) questions because, as he would say, we are “parallel universes”. For me, science was logic and rationality, and he taught me that it is above all art and creativity.

Talking glasses… The first time he entered my studio to explain his idea, I was silent, and sincerely I thought “what is this man telling me?”. My face, however, spoke for me and at a certain point, he stopped and said to me: “Chiara, stop looking at me as if I were an old fool!”. But as always he could see beyond, he did not follow the patterns and rules… he created them. That was his genius, his charisma.

Prof Barlati has profoundly affected my scientific education, and I am grateful to him for this. Confronting him during the various phases of the research projects was stimulating and illuminating. He was demanding and rigorous, but he did it for the sake of science and to encourage me to get the most out of it. I remember moments of joviality when I photographed him proudly in front of his talking glasses!