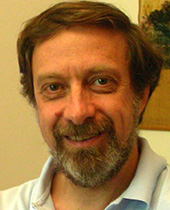 The man of Savoy

I knew him better on the occasion of the last contest for Associate Professors, the one with 196 candidates, who blocked the commission in Rome for weeks. It happened that sometimes, during the works, he was called “The Savoyard” by those who could afford it for their role, seniority or consolidated friendship. It can be understood that, as ignorant, the term made me think of the main component of a “tiramisu” dessert, a biscuit that when moistened soaks up to dissolve in a milky suspension. Therefore, it did not seem to me a great compliment, did it implied a dissolving nature of the bearded exam committee member?

After a few preliminary skirmishes (“discussions”) I grasped the inconsistency of the mention. Hours, days, weeks of discussions. Heat, sweat, even screams, but The Savoyard showed no failure. Serene and calm, he continually reiterated that it was necessary to consider only the scientific quality, the publications, the impact factor, etc… Suddenly, someone who could afford it blurted out “iron head” and it was lighting. The reference was not to the biscuit but to “Testa ‘d Fer”, alias of Emanuele Filiberto, the Savoyard who at the end of the 1500s took the fate of a decrepit Duchy of Savoy into his hands and made it into a state. History says that he succeeded without violence but pursuing his firm and unshakable convictions with tenacity and intelligence.

As for how much and how long I have known him in the following years, I am convinced that our Savoyard was a worthy emulator of the historical one. He pursued quality with tenacity and firmness in every area in which he was involved. His contribution in science, training, academia and prestigious scientific institutions is and will be unavoidable. The articles, the cohort of young researchers trained or recruited, the creation of the Molecular Biotechnology Center of Turin will remind that everyone.

However, I would like it to be remembered also for its other virtues, not found on PubMed or elsewhere, but in the memory of those who knew it. In particular, he was (sigh!) the only one, among the very important persons of BIO/13, who unleashed himself in Caribbean-Brazilian dances at the AIBG Congress in Grado; he was one of the few that with a playful spirit, lover of the sparkling of life, whether it was food, wine or… other. In Turin we called him “the one gel-one paper scientist” to highlight one of his admired and envied talents: the ability to identify the experiment and the result useful for the advancement of knowledge. I will remember his smile, a little sly and accompanied by the side shift of his envied tuft, which he often used as an answer to alternative points of view to his.

Yes, we will remember everything you gave us as a man and scientist, dear Guido.