A homeostatic balance between heterochromatin and euchromatin is essential to genomic stability. This Special Issue will give an overview of the various aspects that these epigenetic changes represent in cancer.

Topics of interest will include but are not limited to the following: potential biomarkers for early detection and important prognostic and predictive markers to improve therapeutic interventions; the detection of these biomarkers through less invasive or noninvasive procedures; new therapeutic approaches based on epigenetic reprograming; improved knowledge of the cellular processes affected by such early changes in the context of future functional studies. 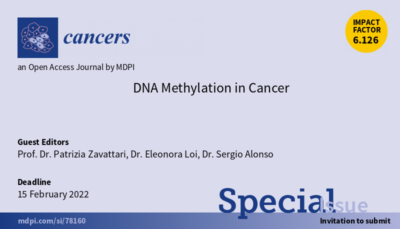